Over the past few years, MLS has begun to change its identity from a retirement league to a developing one. The rise of young players like Kevin Paredes, Caden Clark, and Justin Che, who started their careers in MLS and went on to Europe, has become the norm. Just recently, goalkeeper Gabriel Slonina looks set to make his move to Chelsea after accepting personal terms with the Premier League team. While Slonina has taken the spotlight with his performances last season, he’s just one of many young keepers who have impressed this season.

With the MLS season passing its midway point, let’s look at 3 young goalkeepers who have impressed so far and ones to look out for in the future.

Before we do, I first would like to define a metric used to analyze these keepers: Post-Shot Expected Goals (PsxG). Many may recognize Expected Goals Against (xGA), which measures how many goals a keeper should have conceded, it does not take into account the quality of the shot. PsxG analyzes what type of shot the keeper is facing. The more difficult the shot is, the higher the PsxG.

Here’s a data chart showing the correlation between save percentages and PsxG/-+ Per 90: 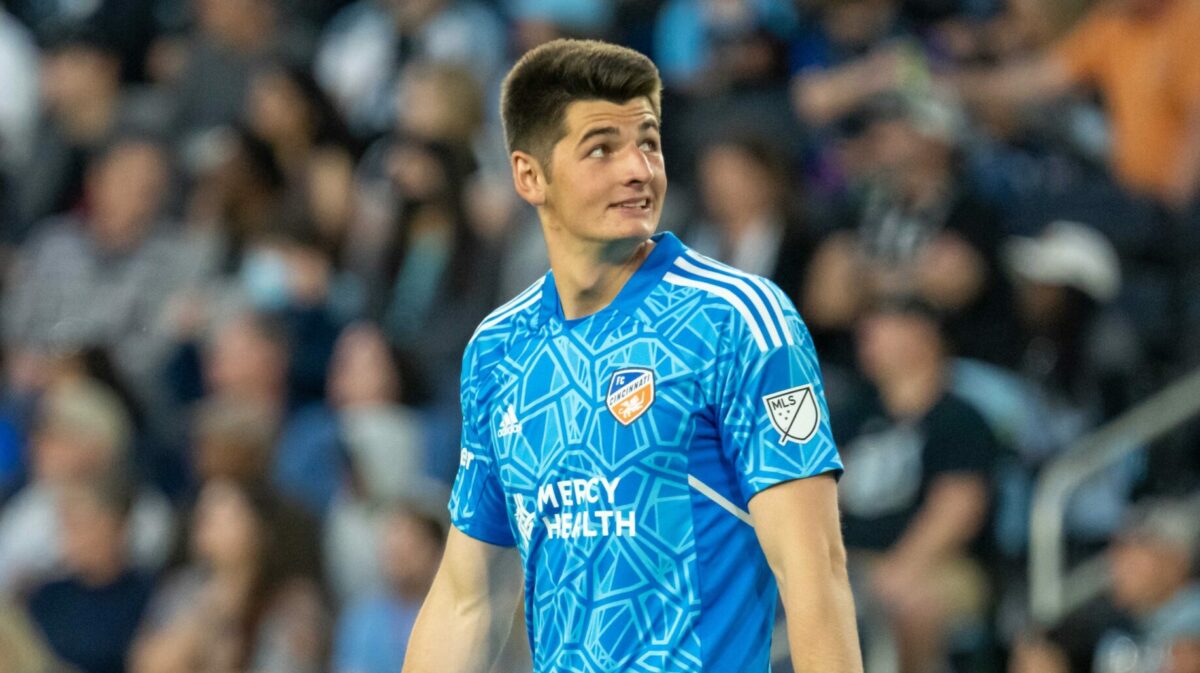 The 21-year-old wouldn’t have thought just how early his professional playing career would start. FC Cincinnati had just acquired Alec Kann from Atlanta with hopes of him handling the mantel in goal, but an early injury at the start of the season would halt those plans. Instead of relying on veteran goalkeeper Kenneth Vermeer, head coach Pat Noonan decided to gamble on Celentano, who arrived from Indiana University as the No. 2 overall pick in the MLS SuperDraft. His first MLS match was against LAFC, where it would end in a 2-1 defeat. However, he would put in a valiant effort as he managed six saves from the seven on target. From then on, he became the first-choice keeper.

In the 13 matches Celentano has started, he has conceded 21 goals and recorded a save percentage of 66.7%. This averages to 1.6 goals conceded per game and 2.85 saves per 90. It’s important to remember that Celentano plays for a club who are 9th in Shots on Target Against (SoTA) because FC Cincinnati sets up in a high-pressure system similar to Red Bull’s style of play. As the players push up to win the ball quickly, it leaves space that the opposition can bypass if the press fails. It results in more chances on goal for the opposition.

Despite this, Celentano has shown that he has the potential to become a better keeper. His Post-Shot Expected Goals (20.3) puts him right with various top keepers such as Pedro Gallese, Joe Willis, and future Chelsea player Gabriel Slonina. Pat Noonan has enough faith in the youngster to be the starting goalkeeper until Kann recovers, so it’ll be interesting to see him develop over time. 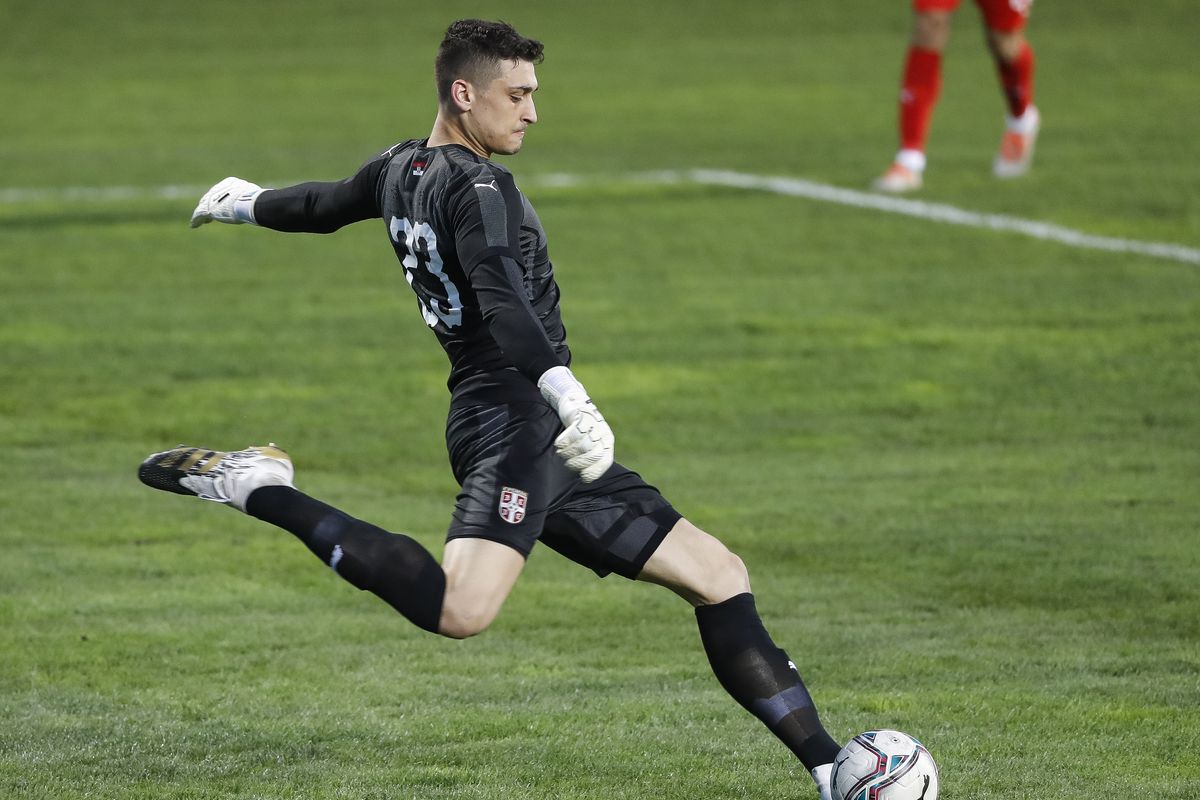 With Matt Turner’s departure to Arsenal, it was going to be interesting how New England find a replacement for one of their star players that led the team to a Supporters Shield last season. Were they going to find a veteran who can help in the present or a younger player who can develop over time? Well, it turned out to be the latter as New England signed 22-year-old Serbian goalkeeper Đorđe Petrović.

Petrović began his playing career in Serbia with first division side FK Čukarički. He spent three seasons with the club playing 86 matches and registering 33 clean sheets and a 0.99 goals-against average with the club.

It’s too early to analyze how Petrović is doing with having played only seven games, but he’s found himself at the top of the goalkeeper charts despite that. His Post-Shot Expected Goals is .50 per 90, which means he’s overachieving in stopping shots on target than other keepers in every 90 he plays. He has registered 3.86 saves per 90 and has an xG of 1.57. However, time will tell whether he can keep up that form over the season. 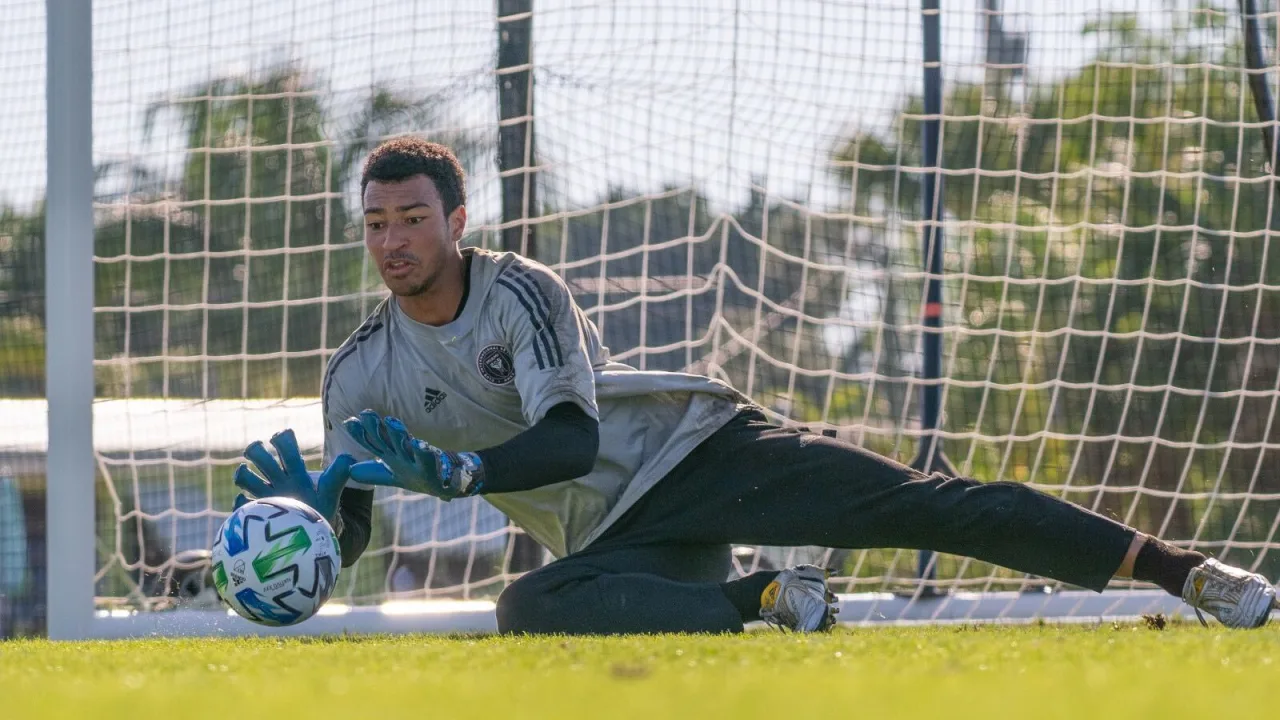 Having joined San Jose Earthquakes’ academy in 2013, Callender wouldn’t play in a professional game until 2020, when Inter Miami would acquire his Homegrown player’s rights from San Jose. He would then play for Inter Miami’s affiliate side, Fort Lauderdale, in USL League One before being registered for the 2022 season with the first team.

Having beaten former Montreal goalkeeper Clement Diop and Dutch keeper Nick Marsman to the starting role, Callender has shown he can make an impact. The 24-year-old has played 12 matches and registered 3.67 saves per 90 with a 74.1 save percentage. His Post-Shot Expected Goals (PsxG) per 90 is 1.52, but if we reference the tweet earlier, his PsxG minus goals allowed is +0.27. He is overachieving in saving shots that should be goals which put him among the top end of MLS keepers like Andre Blake, Sean Johnson, and Stefan Frei.

His current form is proving to be vital as Inter Miami attempt to climb their way back to a playoff position after failing to due so last season. With the constant change in the position over the years, head coach Phil Neville seems to have found his starter for now and hopefully the future.

There were so many keepers who are having an excellent season. Andre Blake at Philadelphia, St. Clair at Minnesota, Brad Stuver at Austin, etc. However, I wanted to highlight those who are enjoying their first season in MLS. It’s always exciting to see new talent emerge from the league through academies, the SuperDraft, or brought in from a different league. I highly encourage you to give them a look and see what you think. These are exciting times and it’s not over yet.

Café Tactiques is looking for more authors. Please get in touch with our founder Ben if you would like to join the team and help the site grow—while getting your work out there and furthering your skills.